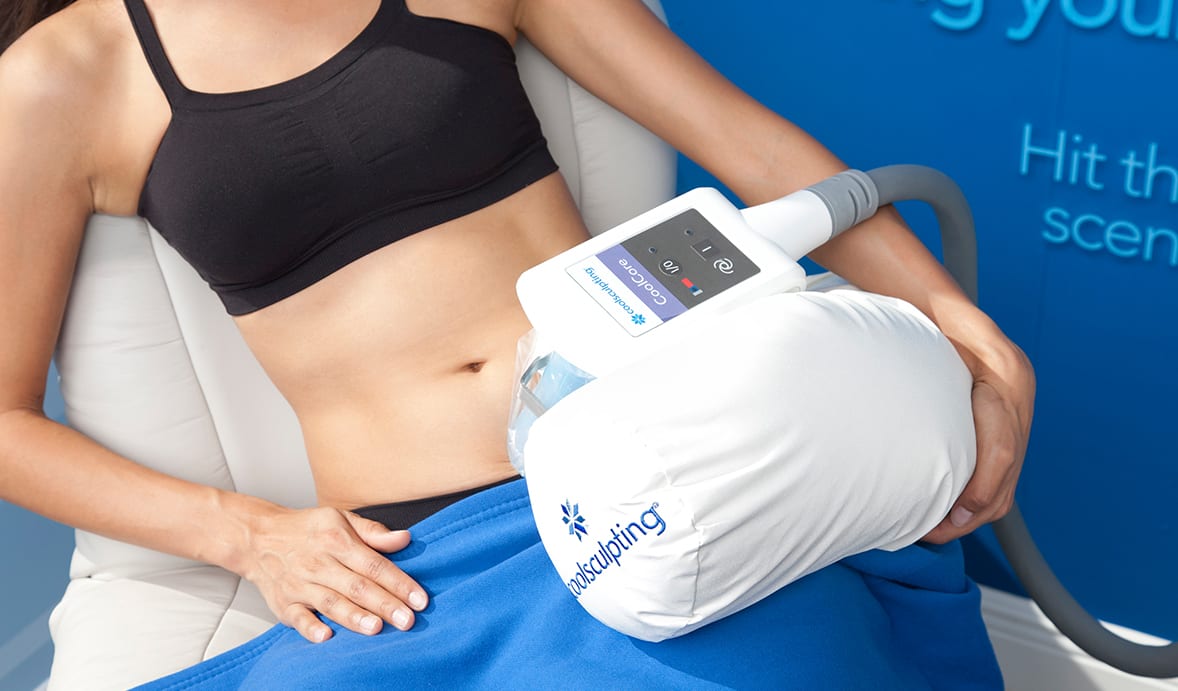 Fatloss without the Surgery?! Really?

For years, liposuction has been the go-to treatment for fat removal. Like facelifts, rhinoplasties and many other cosmetic surgeries, the procedure now has a non-surgical alternative. CoolSculpting is a form of cryolipolysis (fat freezing) is a scientifically proven way to contour your body freezing unwanted fat. So how do the treatments compare? Is CoolSculpting really as effective as it says?

Lipo refers to fat or lipids, while suction gives us a clue to the procedure by which they’re removed from the body. During liposuction, the plastic surgeon makes a small incision into which they insert a small suction device called a cannula. The cannula vacuums away problem fat. It’s a surgical procedure carried out under local anaesthetic with downtime ranging from a few weeks to months depending on the area treated.

CoolSculpting, AKA fat-freezing or cryolipolysis, also makes use of a suction device. But it’s a non-surgical, non-invasive procedure with no incision necessary. Instead, the vacuum is used to draw skin at the targeted area towards a cold pad which freezes and crystallizes the fat cells in around half an hour. Once the pad is removed, a gentle massage is performed to break up the fat crystals and the body naturally breaks down the rest. Because CoolSculpting is not a surgical procedure, there’s no scarring and you can usually get back to your daily routine straight away.

We’ve already briefly mentioned the most significant difference between surgical liposuction and non-surgical CoolSculpting. So what does this mean for patients? How does the experience differ and, crucially, how do the results compare?

With liposuction, there’s no getting around having surgery. It means having a small incision made which will need stitching to close afterwards. This inevitably leads to some scarring and you can expect a recovery time of two to four weeks. As CoolSculpting doesn’t require surgery, you can expect a much faster recovery time. Some patients experience mild bruising and skin sensitivity afterwards but this usually subsides in a week or two.

Generally speaking, liposuction can be more effective at removing large volumes of fat, but with new advances, CoolSculpting can also excel in treating large or small areas of ‘pinchable’ fat without downtime. CoolSculpting is great for targetting love handles, bra fat, thigh fat, back fat and fat under the chin. You’ll experience the full results of CoolScultping around 3 months after treatment.

While both treatments can achieve truly amazing results at toning and sculpting, it’s definitely worth pointing out what they can’t do. Neither treatment noticeably improves the appearance of loose skin or cellulite. Perhaps most crucially – and contrary to popular myth – both are designed to sculpt and tone, rather than as weight-loss treatments.

And most importantly, both treatments give the best results when combined with a healthy diet and plenty of exercises – two of the best long-term fat-fighting strategies for which there’s no real competition. If CoolSculpting sounds like something you’re interested in, or have any further questions, please don’t hesitate to get in contact with us.